According to the latest bulletin from Scottish Government mouthpiece Rape Crisis Scotland, the First Minister’s Chief of Staff Liz Lloyd intervened in the Salmond complaints process on behalf of a woman who later became “one of the complainers” against Salmond at his criminal trial. The woman – let’s call her Ms X – has usedContinue reading "AN URGENT QUESTION" According to the latest bulletin from Scottish Government mouthpiece Rape Crisis Scotland, the First Minister’s Chief of Staff Liz Lloyd intervened in the Salmond complaints process on behalf of a woman who later became “one of the complainers” against Salmond at his criminal trial.

The woman – let’s call her Ms X – has used Rape Crisis Scotland, as has now become the norm for the Salmond complainers, to give her untested – and untestable – claims the widest possible public audience while preserving her court-ordered anonymity. Whether that is a legitimate use of such anonymity remains to be tested.

Ms X’s core claims are these:

“In January 2018 I was approached by Scottish Government HR regarding an investigation they were undertaking into a complaint about Alex Salmond’s behaviour during his time as First Minister.

“I had been named as someone who experienced such behaviour in statements obtained during the course of HR’s investigation.

“After discussion with HR, I decided I did not in any way wish to share with them my own personal experiences, however I also did not want to obstruct an investigation.

“I did not know if I was obliged to cooperate after being asked to.

“I decided to raise the matter with a trusted senior person in government, Liz Lloyd, to gain advice and an understanding of my obligations.

“I was extremely conscious of the sensitivity of the investigation and I, therefore, did not tell Liz who the complaint was from, who it was about or the nature of the complaint.

“I informed her I had been approached by HR in relation to a current investigation. I said I had been asked if I wanted to make a complaint and made it clear to her I did not want to, but I was concerned that if I didn’t I may be impeding an investigation.

“She offered to convey my concerns and what I wanted to happen to an appropriate senior civil servant, who was the most appropriate person to discuss the issue with. I agreed to this course of action. This was not ‘interfering’ but acting in line with my wishes.”

We know in addition that Lloyd’s intervention was made in late January or early February 2018 because Ms X’s claims have been made in response to the disclosure by David Davis in the UK Parliament of an email of 6 February 2018 from Judith Mackinnon in which Mackinnon refers to “Liz interference” and calls it “v bad”.

Let me say at the outset that I don’t believe the claim that Lloyd was not informed that this request from Ms X involved the Salmond complaints. It would be quite bizarre for the First Minister’s Chief of Staff to involve herself in any HR matter without insisting on being informed – and informed fully – of all of the relevant details. ...

The First Minister is a liar

LETTER TO A FRIEND

A VERY SCOTTISH COUP (PART ONE)

I SEE TROUBLE AHEAD

There is no doubt we are heading for some huge problems in the months ahead. Inflation...

We’ve had no takers from any Nicola Sturgeon loyalists for this yet, so let’s narrow... 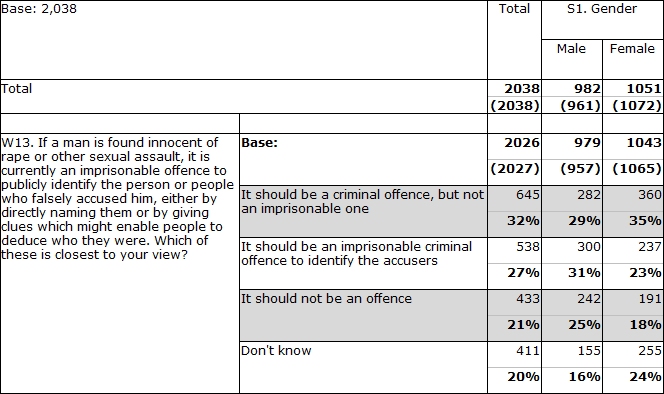 Craig Murray is due to be released from HMP Edinburgh a week tomorrow, having served...

Another lively show with guest Kenny MacAskill followed up by straight talking topical...

I am honoured to publish on this site an academic paper on a very important topic....