ANY REASON FOR OPTIMISM?

ANY REASONS FOR OPTIMISM? This is the time of year when traditionally forecasts are made, people sit down and look at the year ahead and try to anticipate and forecast what events are likely to happen. Both good and bad. I have done it myself in the past and have been reasonably successful in callingContinue reading "ANY REASON FOR OPTIMISM?"

ANY REASONS FOR OPTIMISM?

This is the time of year when traditionally forecasts are made, people sit down and look at the year ahead and try to anticipate and forecast what events are likely to happen. Both good and bad. I have done it myself in the past and have been reasonably successful in calling it right.

Not this year though. I have never known a time when it has been more difficult to forecast likely outcomes.

On the economic outlook the impact of huge issues like the Covid pandemic and Brexit are being felt. In the case of Covid infections are at record levels and England seems committed to a herd immunity strategy in everything but name. Recent days numbers from the USA with new daily infections there breaking 500,000 suggest the same thing is happening there. When I left Florida on the 19th December new infections in Florida were around 2500 a day. As January 2022 gets underway it was just under 80,000. Florida has a population of around 20 million people. So the Covid position is very volatile and forecasting where it goes next is difficult, never mind when the pandemic will “be over”.

That phrase “be over” is particularly important in Scotland. Why? Well because the nationalist devolved/ colonial Government of Scotland has stated no steps on the road to full Independence can be considered or advanced until that happy date has been secured.

So my first forecast of the year. Nicola Sturgeon has a shorter shelf life as First Minister than securing the end of the Covid pandemic. Covid will not end in 2022. Will Nicola manage to stay in post throughout 2022? Maybes yes, maybes No. That is not an easy one to answer. Change the question to the end of 2023  however and I would be confident in saying she will not.

Why do I say that? Well the days of living off good presentational skills, rather than delivering good control of Covid, are coming to an end. Likewise the fact that her Government are being revealed as incompetent is becoming increasingly obvious. Poor ministers controlling Health and Education, big spending departments in her administration, are beginning to crack and her extreme support for divisive gender and sex education issues are building considerable opposition among women and parents groups. That opposition will only increase as 2022 progresses .Add to that no referendum in 2023 and she is a goner.

Brexit also is beginning to bite. Thus far a lazy media have made little effort to highlight the impacts, happy to go along with it all being confused with Covid impact and therefore too difficult to separate. For Westminster this Covid pandemic has proved very useful as if it was absent the full Brexit impacts, many adverse in the extreme, would be open to a much clearer public view.

The main Tory interest in these two topics, is how much money can be made for supporters and donors and can they set themselves up for a couple of good directorships for when the political gravy train is no longer available? This is already well underway with huge amounts being accumulated throughout the Covid PPE “emergency” with literally billions being squandered on spurious deals and services. No more so than the 37 billion spent on track and trace, a system that has not worked since day one. So my second forecast is NOTHING will come of any inquiries into this fiasco.Some harsh words but NOBODY will go to jail.

So to Scottish politics. What will happen here. Well I forecast big problems for the Scottish Government with both Hate Crime and GRA. I will deal with them together because they were devised together. They had to do this because they knew their GRA Legislation would cause outrage, particularly the Self ID element, so the Hate Crime Legislation was designed to run alongside to create the ultimate intimidator of up to seven years in jail for those who dared to speak out. This will not work. There are nowhere near enough prisons to house the tens of thousands who will speak out when the detail and implications become known.

My forecast here is dependent on whether the SNP Government decide to follow up the £3 million taxpayer grant to the Scottish media, that resulted in them staying quiet on the FM’s and Scottish Government’s complicity in the Salmond stitch up, and whether they can expect a similar result for the further £9 million taxpayer grant that is being requested these days.Will it result in some silence on the likely impact of GRA? I have noticed some loosening of the silence on GRA recently but I don’t know if that is just the media reminding the SG that they haven’t been gifted the money yet or whether it is not going to be forthcoming. £9 million? The price of political silence gets bigger by the day.

I am sure the more the public know about GRA and Self ID the bigger the outcry will be. The public will have an opportunity in the local elections to express their views on the Scottish Government Schools Sex Survey and the GRA and Self ID PROPOSALS which will have a huge impact on arrangements in the schools within each local authority area. I very much support woman and parents groups ensuring these issues feature extremely prominently and if they succeed in doing so I would confidently predict this could have extremely serious outcomes for SNP AND GREEN candidates in those elections.

I will return to more forecasts in future articles but to answer the question that headlines this article. Sadly I see little sign for optimism…yet.

I think we all must accept that the current economic and political situation is pretty toxic at the moment and that with a hugely incompetent Westminster Government in London and a quite evil Scottish colonial administration ensconced in Holyrood there is no great expectation of any good news in the near future. There is however the hope that one or both will make a huge mistake that will provide an opportunity to remove one or both of them.

It is sad that at the start in 2022 such a hope is the best I can offer at this time. I think that says everything about the remarkable failure  and abject performance of both Governments, where the best we can hope for is their collective demise.

To this site are available on the Home and Blog pages of this site. A subscription                ensures you receive notification of all new articles. You will be most welcome and joining thousands of others who are already registered.

HOT OFF THE PRESS!

WE DISCUSS THAT INCREDIBLE SPEECH. 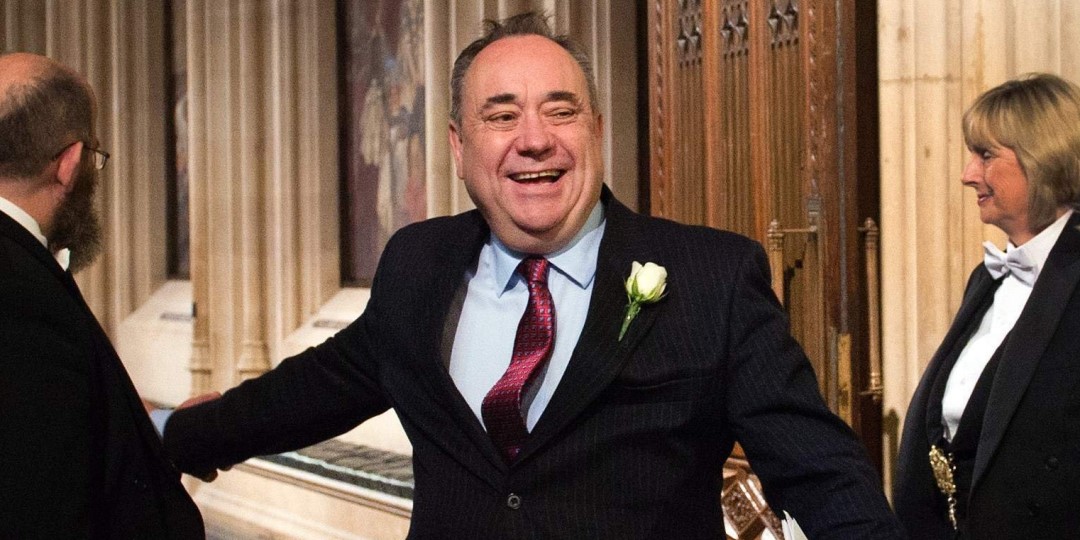