A guess at Craig Murray’s first conversation with another prisoner in the Edinburgh jail. HELLO THERE What’s your name? Craig Murray What are you in for? Not sure, nobody can tell me Surely the Police must have said? Nope, not a word I heard it was jigsaw identification. I asked about it in here butContinue reading "HELLO THERE."

A guess at Craig Murray’s first conversation with another prisoner in the Edinburgh jail.

What are you in for?

Not sure, nobody can tell me

Surely the Police must have said?

Nope, not a word

Come on, the trial must have spelled it out, told you what you had done, laid out the evidence?. The judge must have explained it precisely before you were sentenced?

Nope, she skipped that bit, not one phrase, not one example, she told me that my “offence” was very clear in her mind.

Surely the witnesses must have said something?

There were no witnesses, the only evidence against me was in the judge’s mind and she was determined it would remain there and not be revealed or explained.

Did the jury just ignore all this?

There was no jury.

So there was no stated evidence, no witnesses, no jury, a judge who refused to specify what had been written that created the offence in the first place, that denied you the opportunity to present much of your defence evidence, then denied you the right of appeal at the end of it?

Is that why it’s called jigsaw identification? You have to find or imagine the jigsaw pieces yourself, nobody else knows them, then you have to fit them out properly, all without a picture and when you do that, you can’t show anyone or tell them what you did?

Yip that is pretty much it.

Can’t see them selling many of that puzzle.

Oh they won’t I am the first person in a hundred years who seems to have managed it!

What was your secret?

I don’t know  and if I did I couldn’t tell you.

There is something funny about this. You have been set up, who did you upset?

Well it wasn’t me it was a largely female jury that tossed out a lot of spurious charges  devised as a plot against someone I knew. I, as a journalist made the mistake of reporting the trial in an accurate and fair manner. Indeed I was the only journalist whose reports tied in and explained the jury’s eventual decision. That’s what really upset the plotters.

Who were the plotters?

Plenty of people know alright. They just can’t tell you.

These were quite powerful people and their leader did not take part in the trial itself but the leader is the thread that ties a lot of them together.

That is common in the criminal world, Mr Big rarely dirties his hands but gets the underlings to do the dirty work

So there was a Mr Big involved?

Be careful with your pronouns or you will fall victim of the Hate Crime Bill or GRA.

You don’t want to know? It will soon be the law and before you know it others will be getting jailed for not supporting biology deniers. You might get a few men wearing dresses in here but I think they will probably opt for the female prisons.

They can do that?

CAN I KEEP MY BEARD?

Yes, no problem and before you ask, you can keep that as well.

Things have changed a lot in the time I have been inside. I didn’t see this happening in Scotland under Alex Salmond.

It didn’t, it was someone else.

Into the new world

HOW TO TAKE OVER A PARTY. 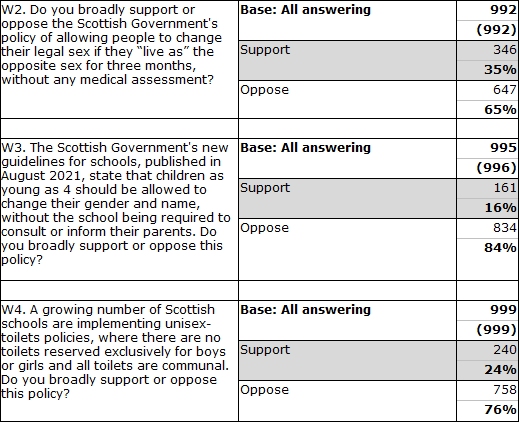