Watch Alex's Salmond's opening statement to the Committee on the Scottish Government Handling of Harassment Complaints. Three important points require to be made at the outset.

Firstly, this inquiry is not about me.

I have already established the illegality of the actions of the Scottish Government in the Court of Session and been acquitted of all criminal charges by jury in the High Court of Justiciary. These are the highest courts in our land.

This remit for this Inquiry is about the actions of others and is an investigation into the conduct of Ministers, the Permanent Secretary, civil servants and special advisers.

It also requires to shine a light on the activities of the Crown Office and examine the unacceptable conduct of those who appear to have no understanding of the importance of the separation of party and government and prosecution authorities and indeed of the rule of law itself.

It was the Government which was found to have acted “unlawfully”, “unfairly” and “tainted by apparent bias”. I note that the First Minister asserts that I have to prove a case. I don’t. That has already been done. There have been two court cases, two judges and one jury. In this Inquiry it is the Scottish Government, a Government which has already admitted to behaving unlawfully, who are under examination.

Secondly, my interest in assisting this Inquiry is out of respect to our Parliament.

I have made no personal public comment on these matters of any kind for 11 months, not a single TV interview or press interview or statement. I have turned down hundreds of such offers, which as Committee members will know, has not been my normal policy. I have watched with growing frustration over the last six months while this Committee has been systematically deprived of the evidence it has legitimately sought.

Indeed I am just about the only witness who has been actively trying to present you with evidence, as opposed to withholding it from you. As we saw this week, even after it is published it is then unpublished by the intervention of a Crown Office who should not be questioning the will of this parliament.

Still I said nothing. Today that changes.

I have no incentive or advantage in revisiting the hurt and shock of the last three years from a personal perspective or indeed the perspective of the two complainants failed by the Government, and then forced directly against their express wishes into a criminal process.

This now admitted action neither served the wishes of the complainants nor the interests of justice. For two years and six months this has been a nightmare.

In fact, I have every desire to move on, to turn the page and to resist talking yet again about a series of events which have been amongst the most wounding any person can face.

But the reason I am here today is because we can’t turn the page and move on until the decision-making which is undermining the system of government in Scotland is addressed.

The competence and professionalism of the civil service matters.

The independence of Crown Office as acting in the public interest matters.

Concealing evidence from the courts matters.

The duty of candour on public authorities matters

And yes, Ministers telling the truth to Parliament matters.

The day that such things do not matter would be a dark and dangerous one.

Collectively, these events shine a light on a Government whose actions are no longer true to the principles of openness, accountability and transparency which are the core principles on which this Scottish Parliament was founded.

I remember, I was there.

The failures of leadership are many and obvious. And yet, Convener, not a single person has taken responsibility. Not a single resignation. Not a single sacking. Not even an admonition. Instead we have promotions or extensions of contracts, self serving defences.

The Government acted illegally but somehow nobody is to blame. Delay and obstruction in making evidence available. A committee asked to do its job with both hands tied behind its back and a blindfold on. Witness after witness later adjusting evidence delivered under oath.

Were it not for the independence of the judiciary, the robust scrutiny of the Court of Session and the common sense of a jury made up of members of the public, the matters before this committee would likely never have come to light or indeed no one would have cared about this inquiry.

The Scottish courts emerge from these events with a reputation enhanced. Can those leading the Government and Crown Office say the same?

Some people say that the failures of these institutions - the blurring of the necessary boundaries between party, government and prosecution service means Scotland is becoming a failed state. I disagree.

The Scottish civil service hasn’t failed. Its leadership has failed.

So the importance of this Inquiry is for each and every one of us to help put this right.

The final point is simply this. I am a private citizen. Unlike just about every other person represented at this Inquiry I have had no-one paying my legal fees and have had to contend with the resources of the Scottish Government being used to further tarnish my reputation.

Just as they spent £600,000 defending their illegal policy before collapsing in the Judicial Review. And just as enormous time, effort and public money have been devoted to the task of refusing to give this Committee the documentation it requires. The pattern is undeniable.

The Government refused to hand over documentation in the civil case. It required a Commission to extract it from them. The Permanent Secretary brought to give evidence under oath, just to extract documents she had a duty to provide to the court months previously.

The Government ignored the provisions of a search warrant in the criminal case and despite the impact on the administration of justice, still withheld key documents which could have been put before the jury.

This Committee has been blocked and tackled at every turn with calculated and deliberate suppression of key evidence.

Even Parliament - our Scottish Parliament - has been defied despite two votes demanding the external legal advice that the public have paid for.

My evidence has been published, then subsequently censored by intervention of the Crown Office. Evidence they had previously agreed was lawfully published.

And even today, I appear before you under explicit threat of prosecution if I reveal evidence for which the Committee has asked.
Not to fulfill my oath and tell the truth, the whole truth and nothing but the truth would be a contempt.

But Crown Office says to do so may lead to prosecution. Just stop for a moment and think about that.

The truth is that those who now demand to see the evidence have invested a great deal of time and public money attempting to hide it.

When this Inquiry ends, neutered though it may be, I consider that I have discharged my duty as a citizen and as a Former First Minister. It will then be for others to consider their own positions in light of what this Committee concludes.

This Inquiry is a chance to assert what type of Scotland we are trying to create. Few now would dispute that our country is a better place for achieving our Parliament.

However the move to independence which I have sought all my political life, and continue to seek, must be accompanied by institutions with leadership which is robust and strong and capable of protecting each and every one of its citizens from arbitrary authority.

Such a principle is a central component of the rule of law. It matters to every person in Scotland as much as it has always done.

It is the bedrock of our democracy, of justice and of fairness. 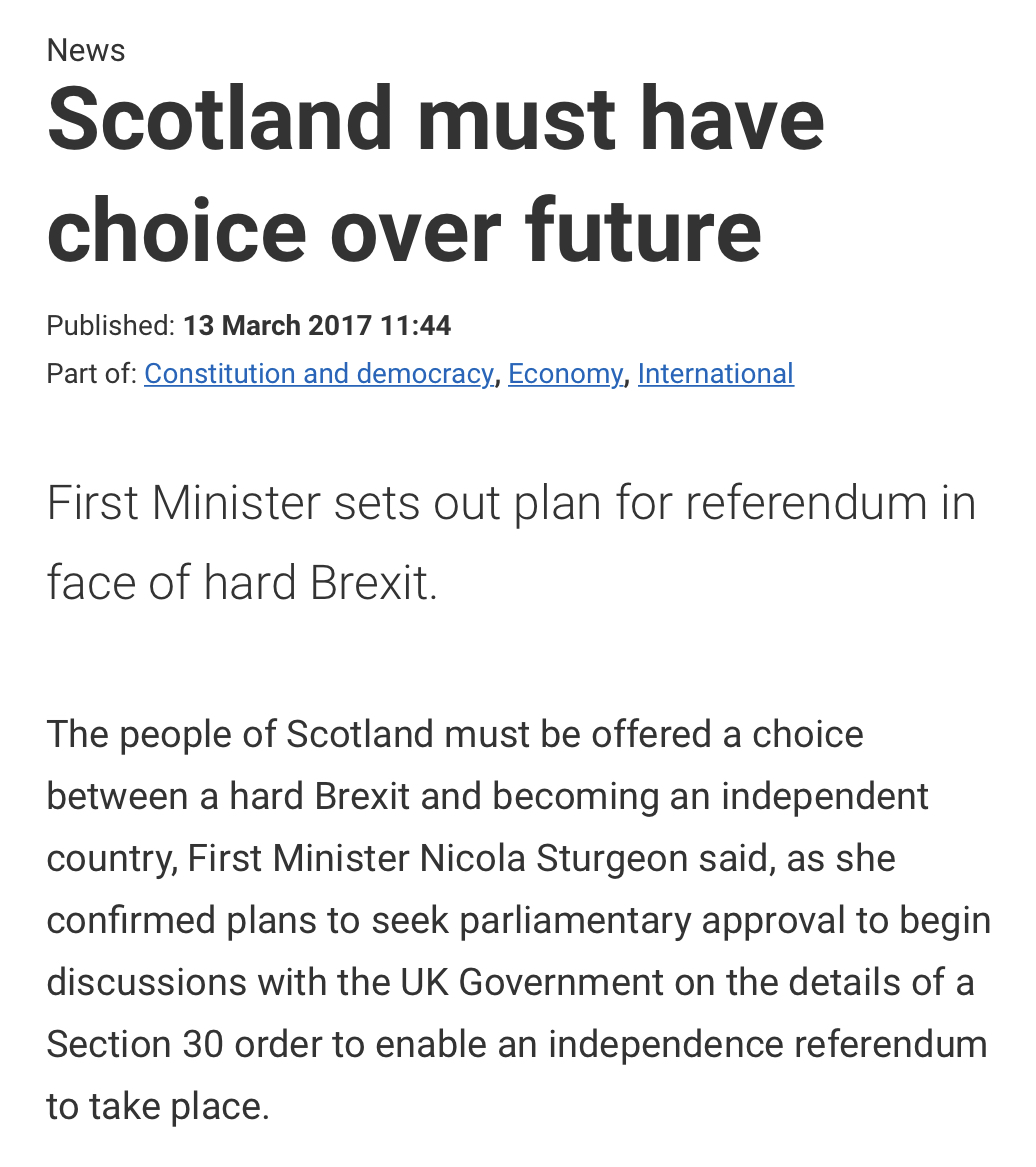 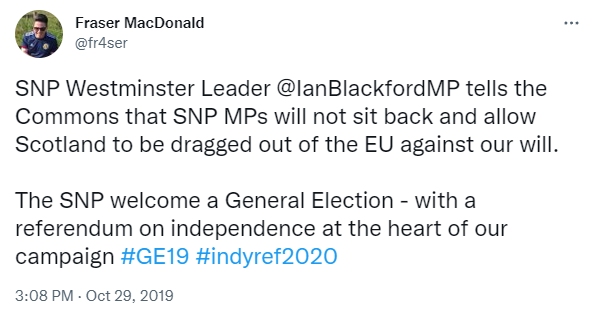 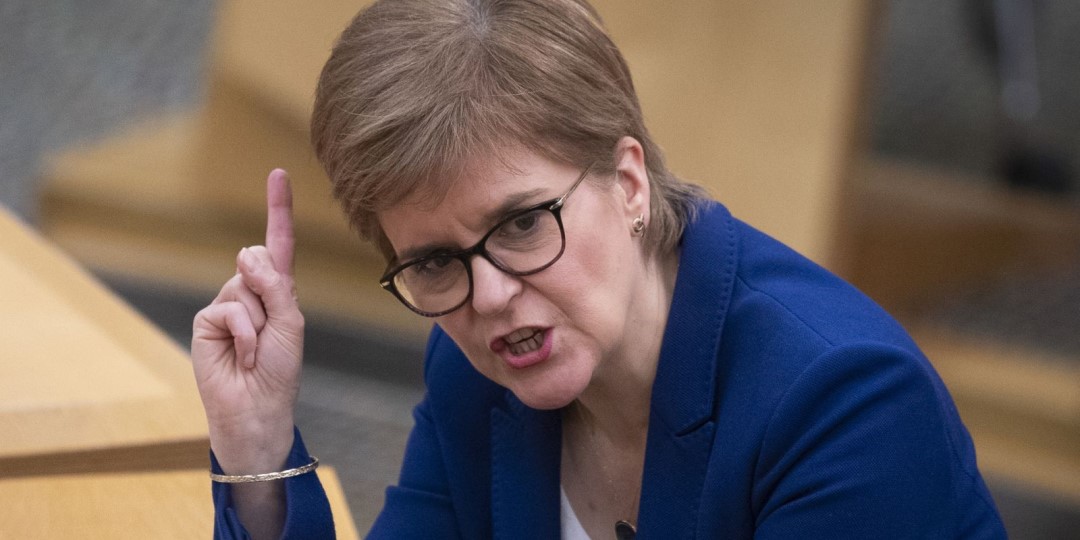