If the story that the administrators of Rangers FC are to be paid £21 million in compensation for a malicious prosecution is even partly true, then it’s not a statement to Parliament but his resignation that the Lord Advocate should be tendering. The current suggestion’s that the sum will be even more with legal expenses and what makes it worse is that it could set a tariff for related actions that are in the pipeline.

The current budget for the Crown Office and Procurator Fiscal Service in Scotland is around £130 million. It’s a tight budget with most going on the accommodation and wage bill for staff to both prosecute crime and deal with other aspects of life in Scotland.

Everything from fatal accidents and sudden deaths through to scrutinising some charities work is dealt with and is necessary for our society.

There’s no way even a fraction of that can come from their budget, let alone significantly more. It can’t even be found from the Justice Department budget which is equally pressurised and committed.

This will have to be found from the Scottish Government’s resource and all at a time when every budget is stretched, and yet need is ever growing.

It puts the actions of Permanent Secretary Leslie Evans in the Alex Salmond case in the shade. A mere half-million quid in legal costs for an unlawful action together with additional and mounting costs, and even with £55,000 for the coaching of frankly lamentable witnesses, is but nothing to this. The two of them almost seem to be conspiring to bankrupt the administration they’re meant to serve.

That’s the financial damage but the reputational one for the organisation’s worse. Attempts to deflect blame onto predecessors is shameful.

Investigation of what happened is legitimate, continuing a prosecution when you know it’s wrong, most certainly isn’t. The position taken by the Lord Advocate is also believed to have caused consternation in police and even Crown Office ranks. So, responsibility fairly and squarely rests with him.

It is wrong and unsustainable for the Lord Advocate to be both a senior government legal advisor and state prosecutor. It’s not just the dual roles but the current office holder who may need to go.

Brexit: Scottish fishing was sold out by UK in 1973 and the Tories have done it... 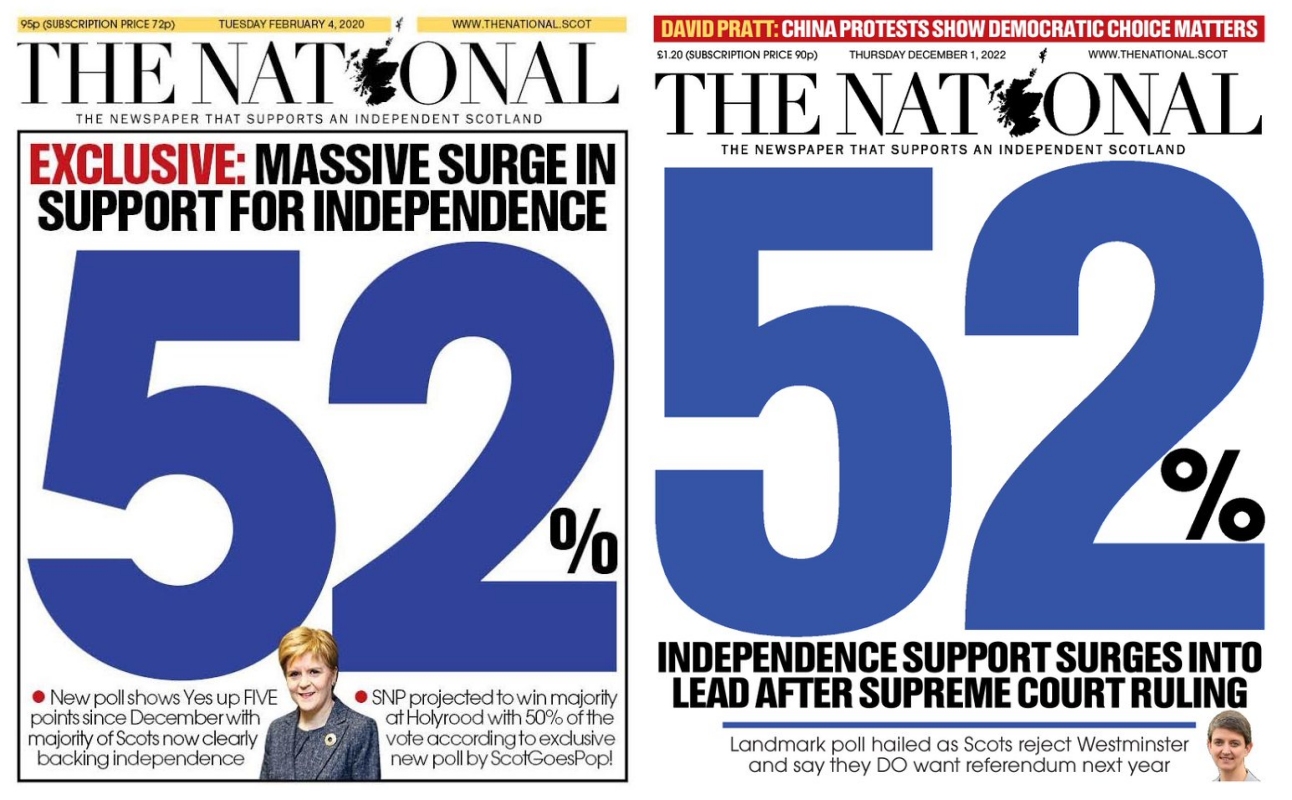 The Unintended Consequences of the Law

Another article from Ewan Kennedy, who has become a regular contributor in recent...

AS IT GOES MONTH

YES that is what I said at the start of November BUT it did not turn out that way,...