WHAT THE PAPERS WILL NOT PRINT

This is a letter one of my readers sent to three Scottish newspapers. All of these papers published articles authored by Unionist Old MacDonald that were, to be polite, blatant Unionist propaganda, guff for short but block pro Indy voices being given a voice. Why does the SNP Government give them millions of pounds whenContinue reading "WHAT THE PAPERS WILL NOT PRINT"

This is a letter one of my readers sent to three Scottish newspapers. All of these papers published articles authored by Unionist Old MacDonald that were, to be polite, blatant Unionist propaganda, guff for short but block pro Indy voices being given a voice. Why does the SNP Government give them millions of pounds when they act against our interests?

They dispute the oft-repeated statistic that Scotland has 25% of Europe’s offshore wind potential.[1] So naturally they don’t want people to know that this is an underestimate. An EU Commission report reveals that based on current projected installation capacity, Scotland is on course to deliver nearly half of Europe’s offshore grid supply by 2035.[2]  This represents over 55% of the entire offshore grid potential in the Mediterranean Basin.[3]

Unionists are in a panic because they know if the truth were widely known, their hollow arguments that Scotland can’t prosper outside the UK would literally be blown away. With Scotland’s natural resources owned by the Scottish people, not Westminster, Scotland could lead the world in offshore wind energy production.

Downplaying Scotland’s renewables wealth mirrors the UK Government’s suppression of the 1970s McCrone Report, which revealed Scotland’s vast North Sea oil and gas potential. The UK plundered Scotland’s oil and gas, squandering it on tax cuts and the mass privatisation of energy, while nearby Norway used their energy bounty to create a Sovereign Wealth Fund for their people which is today worth over $1 trillion.

It’s beyond absurd that Scots are fuel poor when surrounded by energy riches. The second great rip-off has started. Scotwind was vastly undersold and Scottish renewables are being cabled to England with no compensation for the Scottish people. To end this exploitation, we must end this union.

Unfortunately some pro Indy websites are not pro Indy. They are pro SNP sites and ban any content on their sites which dares to question the SNP or the SNP leader. They seek to censor discussion and free expression. Fortunately many of my readers share the articles on Yours for Scotland frequently and because of this the attempted censorship is proving ineffective. This support is very important and I thank everyone who share and protect freedom of speech and choice.

Are available on the Home and Blog pages of this site. This will ensure you will receive notification of all new posts by email and be the first to get key information when it is released.

The progress of Salvo has been the most encouraging development of 2022. It is doing sterling work educating Scots about the Claim of Right and spelling out what it means that the Scottish people are sovereign, not any Parliament. All donations to this site for the remainder of 2022 will be forwarded to Salvo to support them in developing and expanding this valuable work.

Please register at Liberation.scot and join the mass membership organisation that will be the signatories to our application to the UN, debate and organise a new Scottish Constitution. The membership of Liberation is also where the first members of Scotland’s National Congress will be balloted for selection.

Public boards should not be a career

MY MESSAGE TO THE SNP CONFERENCE

ANY REASON FOR OPTIMISM?

MIA RISES TO THE CHALLENGE

A CHEERY CHAT WITH EVA.

POLITICAL BETRAYAL OR PATRIOTIC CAUSE?

WHY SINGLE SEX FEMALE SERVICES ARE NOT FOR BIOLOGICAL MALES

This would have been the first of the three articles promised in my last post. However,...

One more to go

Until we can all start actually trying to achieve independence again. (Unless they... 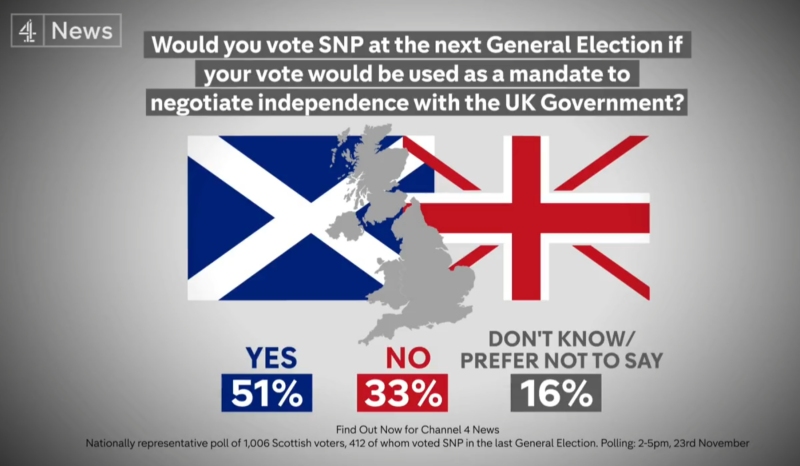 How you do it

It’s more than two years now since we published this article, but it’s worth quickly...