Despite opinion polls more favourable to Independence and regular contributions from Scotland’s liberal elite that “the Union in retreat is a banal fact of Scottish life”, independence for the people of Scotland will not happen overnight or automatically. To promote and assist this, two things above all need to happen:

With Tom Devine’s astute observation that Brexit has probably made a “deep and possibly even decisive impact”, we now have a golden opportunity to be propelled faster to Independence as Johnson’s agreement with the EU rapidly degenerates into a mass of small print and contradictions, for which Scotland’s political establishment has done little to prepare.

May I deal with the SNP first, since current Party developments for some of us bring back brilliantly clear memories of debates in the Labour Party during the 1970s and 1980s, which mainstream media constantly labelled ‘arcane constitutionalism’?  For many of us then it was vital that the Party gained control over policies and Election Manifestoes. Despite changes during its recent NEC election, the SNP as a Party still needs to move to a situation where:

In 1990 the Labour Party emerged from a Labour Representation Committee which included socialist associations and trade unions. As a result, the Party retains these close relationships, so that many of us still have important voting rights through our unions and the Cooperative Party. Despite becoming a mass membership Party in 2014, the SNP has never experienced any similar process of democratisation.  In particular, all those throughout Scotland who displayed their homemade posters in fields and bedroom windows have never been accommodated within what should be the wider movement of the SNP. Instead, they desperately seek shelter with All Under One Banner, Independence Regional List parties, Common Wheel Groups and Independence Hubs like Yes Inverclyde. Independence is more than a political party. It should be a movement.

When for family reasons I arrived in Scotland in 2004, policy perspectives on the surface looked progressive. Scotland still had Social Justice Officers, Social Inclusion Partnerships (SIPs), Communities Scotland and “Closing the Opportunity Gap”. But I soon discovered that this was hardly matched by progress at ground level.

After nearly 15 years of Conservative Government, in December 1997, as new Scottish Secretary, Donald Dewar asked senior civil servants to develop a “corporate approach to promoting social inclusion within Government”. But when in 1999 “Social Inclusion: Opening the Door to a Better Scotland” appeared, he had already written that Glasgow’s regeneration strategy “should be based on the assumption that no additional public resources can be provided”. So by 2005, the Scottish Executive’s “Social Focus on Deprived Areas” was reporting that “Nearly one in three (30%) young people aged 16-24 in Scotland’s 15% most deprived areas are not in education, employment or training, compared with to 13% in the rest of Scotland”. By 2007 Ivan Turok at the University of Glasgow in “Urban Policy in Scotland” was writing about a New Conventional Wisdom – a “set of shared ideas and assumptions that depart from the old consensus”.  He continued that “Many manifestations of the new thinking, particularly in the United States, have a relatively narrow conception in that they pay little or no attention to issues of social inclusion and cohesion. Social conditions are only relevant to city prosperity when they become so bad as to undermine competitive success through crime, disorder and negative attitudes to work and education”.

So, despite surface appearances, the import of policies from England had continued. Though a Blair New Labour Government had signed the EU’s Treaty of Amsterdam in October 1997 and accepted the Social Chapter, from which at Maastricht in 1992 John Major had opted out, Blair’s preference for market solutions meant that Scotland’s hopes of joining other EU nations to press for more emphasis on social policy had already been dashed. The Scottish Executive’s 2001 “Smart Successful Scotland”, with its emphasis on entrepreneurs and business startups, was soon followed in June 2002 by “Better Communities in Scotland: Closing the Gap”. Social Inclusion Partnerships were soon absorbed into Community Planning Partnerships by the 2003 Local Government in Scotland Act, with a duty to produce Regeneration Outcome Agreements, with ‘best practice’ outcomes determined centrally rather than by local communities. Scotland’s “pathfinder” Urban Regeneration Companies in 2003 for Craigmillar, Raploch in Stirling, and Clydebank Rebuilt followed those in England. Chik Williams’s “Story of the Clydebank Independent Resource Centre” describes their policies of land assembly to improve private investment opportunities. In May 2004, the Royal Bank of Scotland’s “Wealth Creation in Scotland” – with its preface by Jim Wallace MSP, Minister for Enterprise and Deputy First Minister - extolled the virtues of Stagecoach and globally focussed companies. The role of public investment was to boost private sector competitiveness. So when we crowded into Glasgow University’s Adam Smith Building in March 2006 for the launch of the “People and Place” regeneration policy, we were not surprised to hear from the Head of Scottish Executive’s Regeneration Division that Scotland was open for business. He continued that Ministers “felt the need to say something about regeneration.” Many of us could see that any hope of policies different from England had disappeared.

Though a new Scottish Government in 2007 formed a Community Voices Network, “community engagement” was soon delegated to Paul Zealey Associates, a private firm. In reality the Network’s role was to fashion policies for incoming private firms to feel safer investing in “community enclaves”.

More recent manifestations of Scotland’s capitulation to London policies can be seen in the Report of the Christie “Commission on the Future Delivery of Public Services” in June 2011. Many of its themes were a repeat from John Smith’s Commission on Social Justice in 1994, as an advance party for New Labour’s policies of workfare alongside Clinton’s 1996 “end of welfare as we know it” Personal Responsibility and Work Opportunity Reconciliation Act. Christie wrote that “Models of provision fail to empower and enable people and communities sufficiently to achieve positive outcomes in their own lives. Services often impair individual incentives and foster dependencies that create demand”.

Then came the Report of the Sustainable Growth Commission in May 2018. Rather than my own words, may I quote from Richard Murphy of Tax Justice, in what was hardly a Marxist analysis?

“In other words, the Scottish economy will, after independence, be run to keep the London money markets happy.

“The Scottish Growth Commission has proved to be a fantastic policy agent for the financial elite. But for those who hoped for a bright independent future it offers nothing but despair”.

This timid acquiescence was once more echoed in the Benny Higgins’ Advisory Group’s “Towards a Robust, Resilient, Wellbeing Economy” Report in June 2020, which reeled of recipes for the problems of Merseyside in the 1980s and the West Midlands in the 2000s. Among its more bizarre recommendations were copying the Government of Singapore with an “Emerging Stronger Task Force” and exploring a Universal Basic Income pilot with the agreement of the UK Government. Readers can decide which is worse - imports from Singapore or asking London first.

In anticipation of its release from any mainland European consensus, Johnson and London have already proposed Freeports and Enterprise Zones, with no taxes or regulations, are consulting on new procurement regulations for public services to be delivered by all comers, whether public or private and are discussing a down market shipping register to rival Panama and Liberia.

Space does not here permit the advocacy of a more comprehensive range of policies. Apart from a National Care Service, there should be targeted infrastructure spending and a host of reforms from Common Weal and other reports.

We need to give hope for a brighter future to the thousands in Scotland who daily risk their lives in care homes and hospitals to keep us alive, who queue for their late running privatised buses and trains home every night, and to the many university students, who though they do not pay tuition fees still have to work to pay living costs. They all need to feel more connected to a policy making process rather than struggling to survive under a Scottish policy making elite of around 200 people, who seem only accountable to themselves.

Scottish Parliament election: Holyrood vote can and should go ahead – Kenny MacAskill

Leslie Huckfield is a lecturer and researcher at Glasgow Caledonian University. He is a trade union and third sector activist, known for his work on social enterprise and cooperatives. He was a Director of SENSCOT (Social Enterprise Network Scotland) from 2009 till 2020 and is a Director of the Sheffield Cooperative Development Group. Throughout 2018 and 2019 he was a member of Shadow Chancellor John McDonnell MP’s Implementation Group for Doubling the Size of the Cooperative Economy. He has published book chapters and articles in academic journals and reports for trade unions, the Labour and Cooperative Parties. His first book “How Blair Killed the Coops” will shortly appear from Manchester University Press. He was a Member of the House of Commons from 1967 till 1983 and a Member of the European Parliament from 1984 till 1989. He was Under Secretary of State in the Department of Industry from 1976 till 1979 and a member of the Labour Party National Executive Committee from 1978 till 1982. Since then he has worked on projects and funding for colleges, universities, the third sector and trade unions in Merseyside, the West Midlands and Scotland. 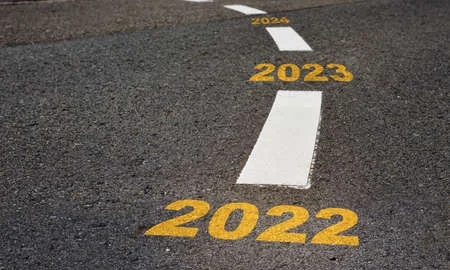 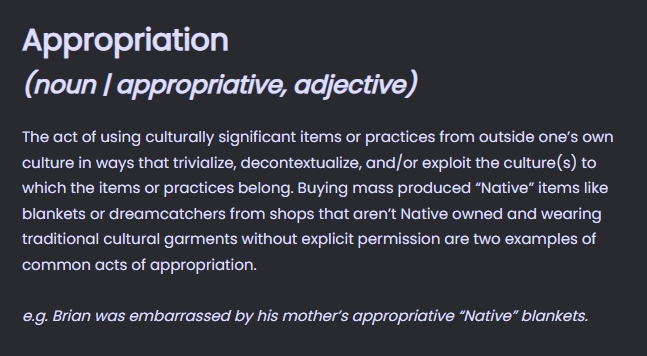