OUT OF ORDER KENNY.

Sometimes Journalists take things too far. Writing about someone who has passed away forecasting their actions or views is very dodgy ground. Kenny Farquharson did so today tweeting about the late Margo MacDonald. Her husband Jim Sillars responds. He is lucky it isn’t Margo herself, she didn’t take kindly to people putting words in herContinue reading "OUT OF ORDER KENNY."

Sometimes Journalists take things too far. Writing about someone who has passed away forecasting their actions or views is very dodgy ground. Kenny Farquharson did so today tweeting about the late Margo MacDonald. Her husband Jim Sillars responds. He is lucky it isn’t Margo herself, she didn’t take kindly to people putting words in her mouth.

“I am told Kenny Farquharson Is able to read my dead wife’s mind, and says he knows Margo MacDonald would not have joined Alba if alive today. A remarkable ability that I don’t have.But I have an ability based on knowledge that Kenny does not have, drawn from being married to her for 33 years.I don’t know if Margo, if alive today, would join Alba. She rather enjoyed the freedom of being an independent advocate of independence – same as my position now.But joining Alba is not the point. Would she support it? Margo had one of the best minds I ever met anywhere, and she was blest with the capacity to be resolutely logical. She might indeed not join Alba, but given the logic of its position on the List votes issue, I suspect that she would see the common sense of Alba’s argument, and be happy to vote for it, as I will.As I record in the memoir that will be published later this year, one of the last people Margo asked to come and see her was Alex Salmond who, despite any disagreements they may have had, she saw as important in the fight to achieving independence.”

Referendum date slips a couple of years once again.

INDEPENDENCE SHOULD BE A PRIORITY – SALMOND
Commenting on Nicola Sturgeon’s remarks at the SPJA, that an Independence Referendum should be delayed beyond 2023 as a result of the pandemic ALBA Party Leader and Former First Minister Alex Salmond said:
“Independence supporters who are already underwhelmed at the lack of progress  towards Independence over the last five years, despite there being a majority in the Parliament in favour of it,  will be taken aback at the apparent lack of urgency towards Independence in the next Parliament.
“As Scotland recovers from Covid we will need the full powers of Independence to renew our economy and society, which is why the drive to independence should be a priority not something to be delayed. That is exactly why we need an independence #Supermajority in the Scottish Parliament.”

Life begins on the other side of despair

IT HAD TO BE FAMILY FIRST.

BOTH VOTES SNP IS STUPID AND SELFISH

ARE THE TORIES FACING A DISASTER? 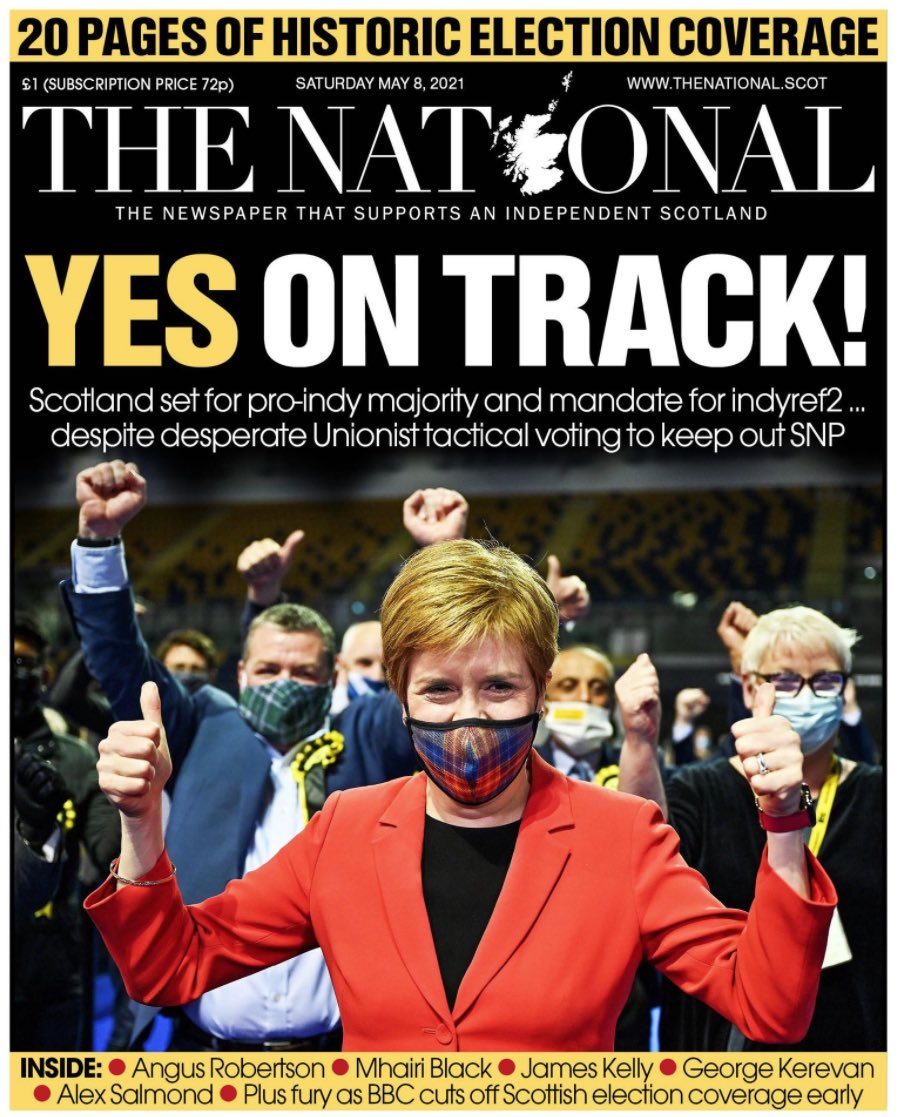 The Day Nothing Changed

Our sincerest congratulations go to The National on what by our count is their 250th...

The spanner in the works

Here is the further interview I did with Tommy Sheridan for his podcast Tommy Talks...

Documents just released by the Scottish Government strongly suggest that the First...