Where is the loot?

So three members of the Finance and Audit Committee, appointed by the National Treasurer to sit on a committee whose remit is to ensure the financial health and probity of the Party finances have decided to resign. They really had no choice, these were professional people, with backgrounds in finance Image by bluebudgie from Pixabay

LET US SEE THE LOOT?

So three members of the Finance and Audit Committee, appointed by the National Treasurer to sit on a committee whose remit is to ensure the financial health and probity of the Party finances have decided to resign.

They really had no choice, these were professional people, with backgrounds in finance and business, with professional personal reputations to protect and who recognise that after repeatedly trying to obtain the access to the books that would allow them to fulfill their role they had made zero progress. Every request being ignored or rejected by the Chief Executive Peter Murrell.

If you have ever worked in senior management or attended any course in corporate management you will be well aware of the need not to ignore such behaviour from any Chief Executive and that you have a personal, indeed legal responsibility, to ensure that position cannot remain secret. So not only should we thank those who resigned for their efforts we should also thank them for the manner they resigned, reporting their action to the NEC, the body ultimately responsible for the governance of the Party, stating the reasons for resigning at the committee so nobody could claim ignorance of their reasons, or ignorance of how their Chief Executive is behaving.

I note from the Wings site that amongst the concerns they had were “massive bank charges”. This, if true, would be extremely worrying. Bank interest rates are at historic low levels at the moment, so for large charges being levied very substantial borrowing must be taking place. How members can equate such a position with recent public announcements seems difficult to say the least. People may remember the upbeat announcements of £1.5 million being available for the election and having located the 600k “ring fenced” money it was going to be used for a new department headed by new employee Marco Biagi. Readers may also recall my skepticism of those announcements. Can I say with certainty what the problem is? No I can’t, nor can anyone else, that is why those responsible for the financial probity must win access to the books to carry out their duties. How ridiculous and pathetic to have to fight to be able to do so?

Wings also mentioned a potential financial calamity from the previous month’s ludicrous decision to “fix” the number 1 slots on the list across the entire country in direct contradiction to the legal advice from an eminent QC that warned such a move could open up the Party to legal and damages costs amounting to potentially many hundreds of thousands of pounds. What is it about this Party and ignoring legal advice?

At the time I was astonished that plan was not removed from the agenda by the National Secretary in light of the legal advice but it certainly is a consideration that both the National Treasurer and his Finance and Audit Committee would have a duty to consider given that the potential amounts involved could bankrupt the Party. The news that the Party has already received lawyers letters on the topic should be a big concern and the Party might be wise to revoke that decision before nominations close at the end of the month.

Now when Allison Graham, the NEC REP for Mid Scotland and Fife, and, one of the three who resigned, announced their decision to resign to the NEC it set off an angry confrontation with other, mainly appointed, NEC MEMBERS. They were incensed, why had this been raised at the NEC? Their main complaint was this now risked members of the Party finding out about it. None of them were angry at Peter Murrell , all their anger was directed at Allison for reporting it directly to the body that was ultimately responsible and who had the constitutional responsibility for fixing the problem. The solution being to instruct Peter Murrell on penalty of instant dismissal to hand over the books that they can be formally inspected and audited. Needless to report this was not even discussed.

The minutes have now been published for the meeting minus any news of the resignations, or their reasons for resigning, or any plan to overcome the impasse.

I have never heard of any significant organisation operating with revenues the size of the Scottish National Party where it is acceptable or normal for the Chief Executive to refuse access to the books to those officers or appointees of the National Treasurer and where such action stops the proper financial and audit procedures necessary to ensure everything is being run honestly and above board. I know nobody is allowed to know his salary but everything else as well? Come on!

The NEC should not ignore their responsibilities in these matters, they are ultimately responsible for the proper governance of the Party and could find themselves legally responsible if their negligence leads to members funds being lost or improperly used. Simply omitting the issue from the minutes will not be sufficient to disguise those responsibilities. This article itself records the names of who formally advised the NEC of these matters.

The three members of the committee were Allison Graham, the NEC Member mentioned above, Frank Ross, a chartered accountant and the current Lord Provost of  Edinburgh and Cynthia Guthrie, who is a company director with the Guthrie Group a Livingston based company. They did the right thing. I am sure they found it difficult but nothing good comes from allowing reckless financial irregularity like this to continue unchallenged.

The SNP is in a hell of a mess, no matter where you look there are huge problems. The Party, as well as the politics is in a dreadful state. Unlike the politics where there are always arguments about who is responsible, when it comes to the Party it is crystal clear. The total responsibility lies with the NEC and the Chief Executive. I feel sorry for a lot of the newer NEC members, most of the problems were the fault of the previous Woke dominated NEC who seemed happy to let the Chief Executive and his staff run the entire Party unchecked.

It is that irresponsibility and negligence that has led to today’s problems. Somebody better wrest the books from Peter, or is it Peter and Nicola soon, just in case they are not around much longer.

Late last night I was contacted by a branch whose treasurer spent three months trying to contact the National Treasurer. Why the delay? It took HQ THREE MONTHS to create an email link to him following his election in November. Sound like a slick operation to you? No me neither!

Some bloggers are now being blocked from some sites by the Thought Police division of the SNP who want to control what you read every day. On the top right of this page there are buttons marked Home or Blog. If you go there you can easily organise a free subscription to this site and frustrate their entire efforts. Thousands already have. You will be very welcome.

Your country needs YOU

HOW GREEN IS GREEN?

If the Scottish government wants to re-start the economy, no other programme will...

ONCE UPON A TIME

ONCE UPON A TIME! Are you sitting comfortably (you won’t be for long). Let me begin....

Documents just released by the Scottish Government strongly suggest that the First... 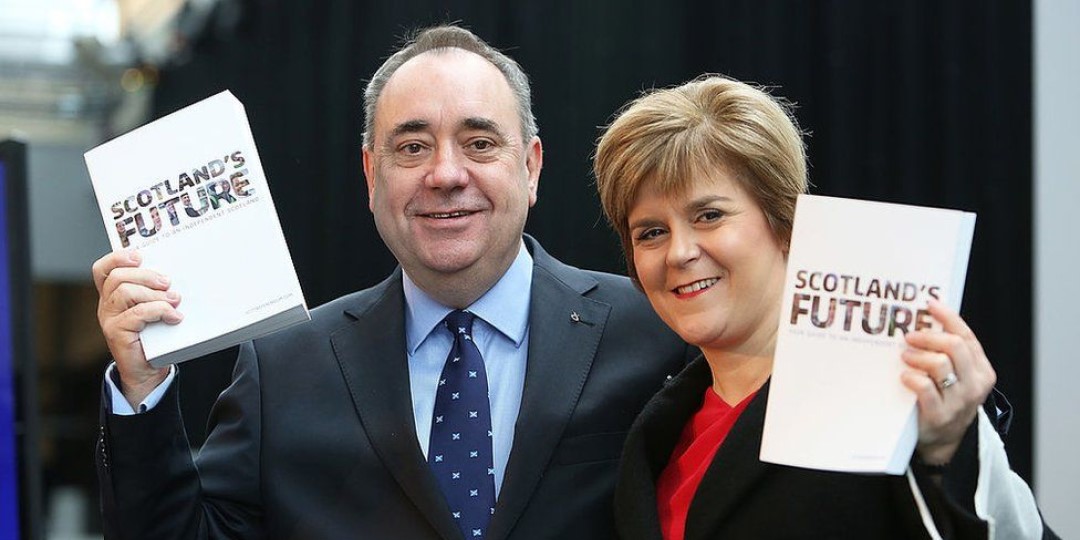 Out on the road again